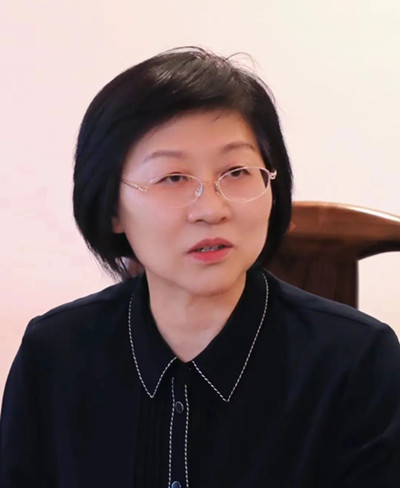 The Sub-Forum on Rule of Law Building in Cyberspace of the 2022 China Internet Civilization Conference was held on Aug 29, in North China's Tianjin municipality. Yang Linping, vice-president of the Supreme People's Court (SPC), presided over the forum and delivered a keynote speech.

She introduced the achievements of the people's courts in promoting a law-based cyberspace since the 18th National Congress of the Communist Party of China (CPC) in 2012. Under the guidance of the central leadership's thoughts on building the nation into a leading cyberpower, courts in China have made important strides in promoting internet judiciary, smart court construction, and the advancement of technological innovation, rule setting and cyberspace governance.

China has established internet courts in Hangzhou, Beijing and Guangzhou, and released three sets of world-leading regulations on online litigation, mediation and operation, she said, adding that a smart court information system has been built, where cases can be handled completely online, with transparent and intelligent services for the whole process.

Over the years, courts have responded to new demands arising from economic development and strengthened law-based governance in the digital economy, providing full-circle intelligent services to litigants, the public and government departments, according to Yang.

Online crime has been severely cracked down upon to help foster a clean and upright cyberspace, she said, adding that work has also been done in giving full play to the guiding role of judicial judgments in safeguarding healthy development of digital economy, expanding judicial services, improving execution efficiency and interpreting and publicizing laws with cases.

In the 14th Five-Year Plan period (2021-2025), courts will continue to optimize the new model of internet-based judiciary driven by both judicial reforms and smart court construction, in a bid to safeguard the healthy development of new business forms and models, and to promote law-based cyberspace governance, she said.

As one of the sub-forums of the 2022 China Internet Civilization Conference, the Sub-Forum on Rule of Law Building in Cyberspace was themed on achieving a higher level of digital justice with law-based governance, with discussion topics on the reform of digital courts, the construction and development of the smart court, and frontier theories on digital governance and internet civilization, and current issues in practice.