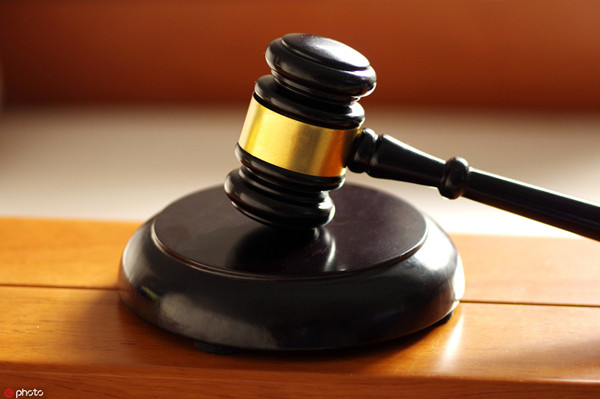 China is adjusting jurisdiction over foreign-related civil and commercial cases to offer litigants greater convenience and accommodate new needs in the decades-long process of reform and opening-up, the country's top court said.

The guideline will come into effect on Jan 1.

It stipulated that the definition of "large" depends on location.

For example, intermediate courts in Beijing, Tianjin, Shanghai and Chongqing as well as the provinces of Jiangsu, Zhejiang, Fujian, Shandong and Guangdong will deal with cases involving 40 million yuan ($5.7 million) or more, while courts at the same level in other areas will handle disputes involving 20 million yuan or more.

Cases involving 5 billion yuan or more, or with significant social repercussions, will be heard at high-level courts, it said.

Maritime and intellectual property cases involving foreign litigants will not be subject to the guideline, nor will public-interest lawsuits related to the environment or ecological damage compensation.

Currently, foreign-related disputes are generally heard at a few designated intermediate-level courts with stronger judicial capability, but as "the number of judges able to deal with these cases in courts at district and intermediate levels is rising, it's okay to expand jurisdiction to better serve opening-up", the top court's No 4 Civil Division explained in a statement on Tuesday.

It also said that the change was made in response to the rapid growth of foreign-related civil and commercial cases in the last few years due to the promotion of the Belt and Road Initiative and the building of the Hainan Free Trade Zone.

To more efficiently handle BRI-related disputes and advance opening-up, the SPC opened its first international commercial court in Shenzhen, Guangdong province, and a second in Xi'an, Shaanxi province, in June 2018.