On Nov 4, Zhou Qiang, president of the Supreme People's Court (SPC), urged for more efforts in smart court construction, and stressed the need to accelerate the improvement of the internet judicial model with Chinese characteristics, in order to play the courts' due part in advancing the great rejuvenation of the Chinese nation on all fronts through a Chinese path to modernization. 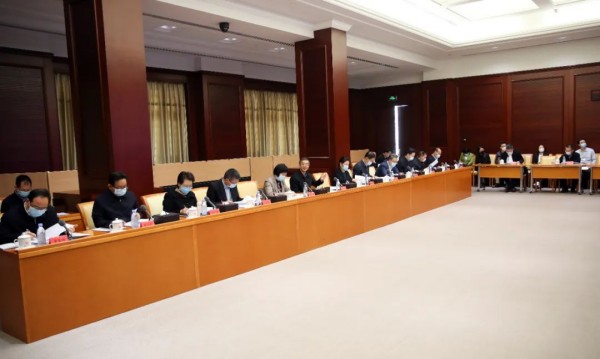 The leading group on network security and informatization of the Supreme People's Court convenes its second plenary session of 2022, Nov 4, 2022. [Photo/court.gov.cn]

He made the remarks while presiding over the second plenary session of the SPC's leading group on network security and informatization in 2022.

Zhou recognized this year's progress in innovating the smart court system, which included the release of rules for online operation and opinions on the strengthening of judicial applications of blockchain technology. Courts' online services are more regulated, the coordination of online services between courts at different levels has been expanded, the analytic role of judicial big data is being better leveraged, and the quality and efficacy of trial and execution work has been further improved.

He pointed out that courts across the nation need to take learning and implementing the guiding principles of the 20th National Congress of the Communist Party of China (CPC) as their top political priority, focus on key guidelines in advancing China’s law-based governance and accelerating the building of China into a cyberpower, and serve the all-round building of a modernized socialist country with a modernized trial system and capacity.

He emphasized the need to take network security, data security and personal information protection as major tasks in smart court construction, and to continue to enhance the nation’s capability of protecting network and data security. Efforts are also needed to propel the informatization in rule of law, to focus on achieving technical breakthroughs in smart court construction and advance the judicial application of artificial intelligence and blockchain technology, he said.

Courts should strive for the deep integration of AI and courts’ core functions by tapping all resources from entities, including research institutes, enterprises and social forces, in a bid to establish a judicial AI theoretical and technical application system that has rule-setting and demonstrative significance, he added.