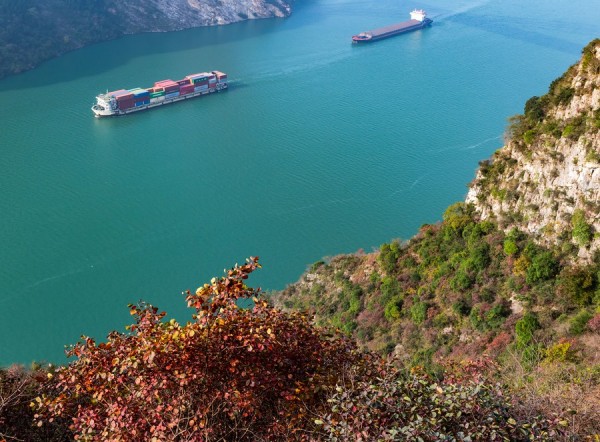 Ships sail through a section of the Xiling Gorge, one of the Three Gorges along the Yangtze River, in Zigui county of Yichang, Central China's Hubei province, Nov 29, 2020. [Photo/Xinhua]

Thanks to Chinese courts' increasingly greater efforts to punish polluters, the country's ecology and environment has improved over the past decade.

Since 2012, courts nationwide have concluded 244,000 criminal cases involving the environment, including those centered around land, forests and wildlife, and have sentenced more than 303,000 people, the Supreme People's Court said on Tuesday.

Since the 18th National Congress of the Communist Party of China in 2012, the top court has issued 21 judicial interpretations regarding pollution-related cases, environmental public-interest litigation and punitive damages, among others.

So far, 2,426 panels that specialize in handling environment-related cases have been set up across the country, she added.

Statistics from the top court also showed on Tuesday that Chinese courts concluded 1.38 million civil disputes involving the environment over the past 10 years, as well as 343,000 cases against government departments that failed to properly perform their duties to ensure environmental protection.