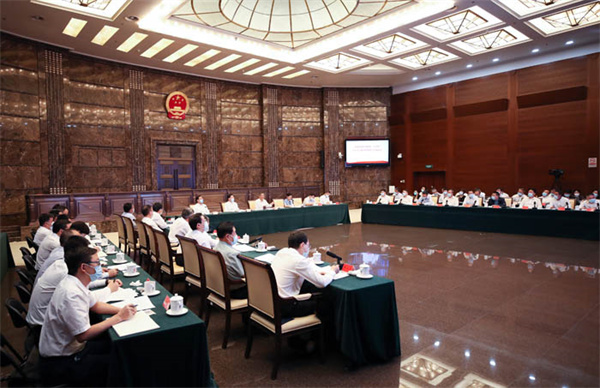 A work symposium on building a new online dispute resolution paradigm in China is hosted by the Supreme People's Court,  Aug 23, 2022. [Photo/court.gov.cn]

Zhou Qiang, president of the Supreme People's Court (SPC), urged the improvement of the one-stop diversified dispute resolution system with Chinese characteristics to help propel the construction of a higher level law-based governance in China.

He made the remarks while attending a work symposium on the building of a new dispute resolution paradigm in China, which was hosted by the SPC on Aug 23.

The SPC has been striving to build a one-stop diversified dispute resolution system, which is connected with central government departments and national industrial associations. Courts at all levels have been guided to integrate into the social governance system under the leadership of the Party committee and build a dispute resolution mechanism where the top level administrative bodies of different sectors are connected and the people’s court mediation platform serves as the main platform.

As of now, courts at all four levels in the country, together with 78,000 mediation organizations, 69,000 grassroots governance units and 328,000 mediators have joined the mediation platform, jointly providing customized one-stop dispute resolution services with 12 top level administrative bodies. On average, 47,000 disputes are mediated on the platform every working day, and an average of 57 disputes are successfully resolved at the pre-litigation stage every minute. 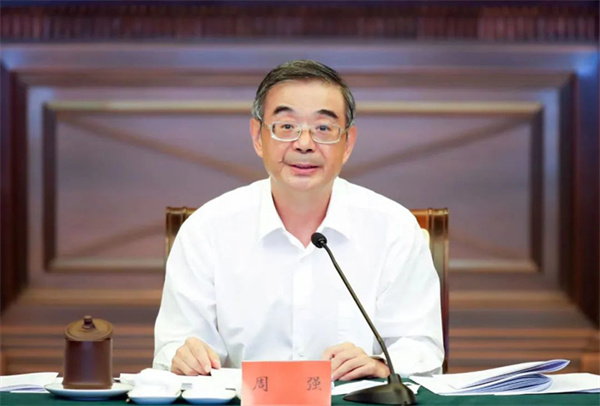 Zhou said that the building of the one-stop diversified dispute resolution system is a pragmatic measure in implementing the central authorities’ instructions on promoting the Fengqiao model, adding that it is an innovative practice of modernizing traditional mediation work with digital and intelligent technology. It has been of great significance in improving the comprehensive governance mechanism of social conflicts, promoting the modernization of municipal governance, building the system of socialist rule of law with Chinese characteristics, propelling the modernization of governance systems and capacity, as well as serving national rejuvenation through a Chinese path to modernization, Zhou noted.

Zhou acknowledged the progress made in building the dispute resolution mechanism into one with rich resources, wide coverage and improved regulations, which has effectively promoted resource sharing among different locations, levels and departments, so that a large number of disputes can be efficiently resolved through legal means.

He reiterated that courts at all levels should work actively with related departments to expand the applicable scope of the mediation system, and that they should strive for the high-quality development of online diversified dispute resolution work, uphold the absolute leadership of the Party in judicial work, and adopt a people-centered approach while improving litigation service channels to meet the people’s new expectations of justice.

Efforts are also needed to strengthen the publicity and education of the rule of law, secure an unimpeded supply chain for dispute resolution based on the principles of collaboration, participation and common interests, he said, adding that the judicial reform outcomes need to be well synergized and integrated with smart court construction, so that the mechanism can develop to a higher level.