Man sentenced to death for murder of ex-girlfriend 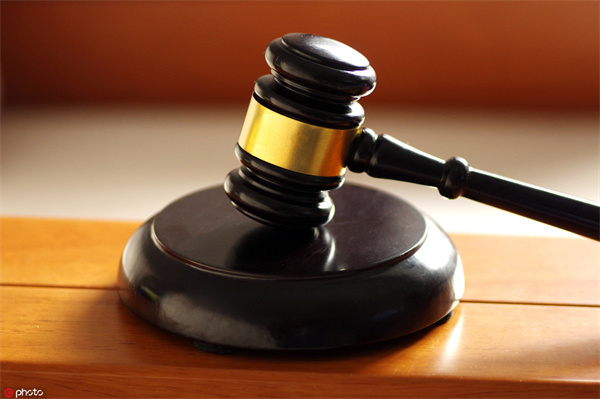 A court in Yunnan province has sentenced a man to death for deceiving and instructing two people to murder his former girlfriend, it was announced on Thursday.

Hong Qiao, 26, the victim's former boyfriend, was sentenced to death and deprived of his political rights for life.

Hong's two accomplices who carried out the killing－Zhang Chenguang, 23, and Cao Zeqing, 22－were also sentenced to death with a two-year reprieve and deprived of their political rights for life.

According to the court, Hong, a native of Nanjing, Jiangsu province, decided to kill his then-girlfriend, a 21-year-old university student surnamed Li, after a quarrel with her in 2020.

Hong pretended to be a national security agent and deceived Zhang, a native of Suqian of Jiangsu, and Cao, also a Nanjing native, in order to plan the murder.

On July 6, 2020, the three gathered in Nanjing and planned to lure Li to Pu'er Tea Park in Menghai county, Yunnan and carry out the killing there.

The plan was for Hong to lure Li to the park, where Zhang and Cao would kill her. Hong financed their trip and provided them with the tools to carry out the murder. The three rehearsed the plan many times.

Three days later, Zhang and Cao arrived in Menghai. Li arrived at the park that night, where Zhang and Cao killed and buried her.

After being flagged as missing, Li's family began a search and Hong pretended to help Li's parents look for their daughter, and even accompanied them to report her missing to the police in Nanjing, according to Li Sheng, Li's father.

Menghai county's public security bureau received a notice of assistance on Li's case from police in Nanjing on July 18.

Investigations found that Hong was a suspect in the case. Police in Nanjing arrested Zhang and Cao on Aug 3 and police in Menghai county found Li's body in the woods outside the county seat the same day, according to Menghai county's public security bureau.

The three were put on trial in January this year at the court in Xishuangbanna.

According to the verdict issued on Thursday, Hong proposed, planned and directed the murder, funded the crime and lured the victim to the park, and Zhang and Cao carried out the killing.

Hong has the most culpability in the case because of his role in facilitating murder, the court found. Also, he refused to confess and showed no remorse, so deserved severe punishment, the ruling said.

Zhang and Cao confessed after being arrested and cooperated with investigations, so the court gave them a reprieve.

According to Li Sheng, before the sentencing, he had received phone calls from Hong's father who offered compensation and hoped to meet with Li, but Li decisively refused.

After the judgment on Thursday, Li Sheng said he appreciated the efforts made by the officers who worked on the case and the court for a fair trial.

"This verdict is the best comfort for me and the best motivation for us to return to the peaceful life that we want to live," said Li Sheng.

The family mourned his daughter at the site of the murder on Thursday, two days before the second anniversary of her death.

The convicts can appeal the verdict within 10 days after receiving the judgment paperwork.